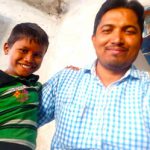 The major problem of many students in Palsona cluster in Hingoli district was their seasonal migration with their parents who earned their living through cane cutting. With consistent efforts teachers and cluster heads had been able to hold back a little older children who would take care of themselves, but younger children still accompanied their parents.

Actually, regular attendance is far more important for newcomers, to develop interest in schooling. Also once they lag behind in learning from their fellow students, they don’t feel like coming back.

In 2016 Diwali Charan Namdev Rathod, studying in Class I, went with his parents to adjacent district Parbhani. School teachers were in touch with his father on phone and told him to bring to school once they are back. But the father kept postponing for one reason or the other. Hence, class teacher for Class I Mr. Bansode made home visits, met Charan’s grandmother, and talked with her. He also kept calling his father to convince him to send Charan to school and finally succeeded in getting his student back in class.

A one-to-one approach, communication with parents, and family visits by the teacher helped to bring back Charan to school. 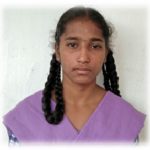 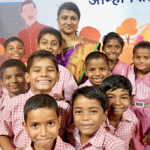 Initiatives of a teacher in checking migration of children and their studies thereafter, Maharashtra