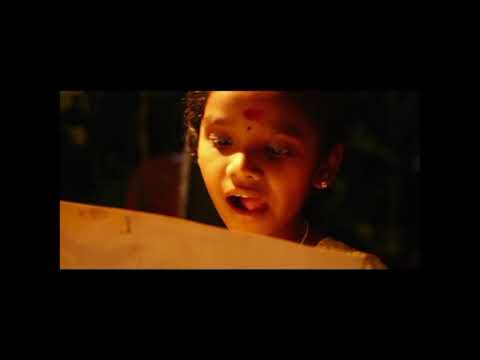 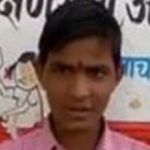 Dnyaneshwar stays alone, all for education Most sugarcane farm labourers in Maharashtra belong to the Beed district. They migrate to neighbouring sugarcane-producing districts during the harvest season, post-Diwali. Our village of Rajpimpri in Gevrai tehsil is no exception. I work in the ZP school here and have noticed that children often accompany their parents and, as a result, miss school for months at a stretch. Too often, such long absences adversely affect their interest in schooling. All around, in this region, it is common to find students dropping out of school completely. It is painful to see these children give up education at such a young age. My colleagues and I do our best to sustain our students’ interest in their studies, and at the same time to convince their guardians that attending school regularly is important. Though we do not always succeed, it is a matter of some pride when a student like Dynaneshwar goes to great lengths to continue his education. The hardworking boy- Dnyaneshwar Dnyaneshwar Kate is a student at our school. Both his parents work on sugarcane farms. Although his family owns some two acres, they are unable to till their land because of the constant drought. The family is poor, and the income from sugarcane harvesting ensures that there is money to buy food for the rest of the year. So the boy’s parents have no choice but to migrate during the harvest season. Dnyaneshwar has always been a sincere and diligent student. Our school is up to the 8th std and Dnyaneshwar now attends the New English school at Gevrai, where he studies in the 9th std. Earlier, when Dnyaneshwar was younger, his parents would sometimes take him with them, or leave him behind with relatives. As a result his schooling was rather sporadic. Dnyaneshwar studied in his aunt’s village, living with her or in Pune, where he lived with some other relatives. But when he was in the 6th std, his family moved back to their original village of Rajpimpri. When he was enrolled at our school, Dnyaneshwar immediately struck us as a bright and well-behaved student. He would never let the hardships of his home life stop him from doing his school work. In fact, he enthusiastically participates in all extra curricular activities like scouts and guides, science exhibitions, cultural programmes, and so on. Dnyaneshwar’s enthusiasm for extra curricular activities is appreciated by his teachers We, the teachers, have always encouraged him. He was selected ‘Best Scout’ during the scout-guide meet. He has represented the school and led its team at an inter-tehsil science exhibition. In view of his all-round progress, I have often told him not to drop out of school and go away with his parents. I have also met his parents, and counselled them. However, his parents have no choice but to migrate every year. Dnyaneshwar’s older sister is now married, so there is no one to look after him when the parents leave.  When we first broached the subject of their letting Dnyaneshwar stay back even when they moved, they were unwilling. But when we offered to look out for the boy, and he, too, insisted on staying, his parents relented. Dnyaneshwar cooking for himself at home in the absence of his parents Now Dnyaneshwar lives alone in his small house. The school has provided him with his uniform, books, a school bag. And this 14-year-old cooks, cleans the house, fills up water, and washes his clothes and dishes every day, before coming to school. He has not lost his edge in his studies, nor has his enthusiasm for extra-curricular activities dimmed. Dnyaneshwar wins an award in the Scouts and Guides program We feel proud to see Dnyaneshwar working so hard to get an education, and demonstrating such self-reliance. Of course we, his teachers, as well as his friends, help him all we can. Dnyaneshwar wants to become a teacher. We all wish him the best for a very bright future. 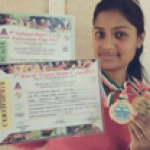 The Kasturba Gandhi Balika Vidyala (KGBV) Gangani, located in educationally backward block of Naugaon in Uttarkashi district in Uttarakhand, was established in the year 2005-06. Having poor financial family background, Rekha Chauhan, 17, got admitted in Class 6th in KGBV Gangani in year 2008. Rekha, who is second eldest among five brothers and sisters, had to drop out after completing Class 5th from primary school Naugaon as her father, who is agriculture laborer, could not afford his daughter’s studies. On the pursuance of warden and teachers of the KGBV, Rekha took admission in the residential girls hostel and continued with her studies. Within no time, Rekha not only excelled in studies, but also started taking active participation in cultural and sport activities. As she was a natural sportsperson, Rekha participated in various sports competitions from school to district level and won medals for her performances. She clinched a gold medal in 100meter race event in the Rural Games Federation State Championship held at Rohtak in Haryana in November 2017. Rekha even proved her mettle in the National Rural Games Federation Competition, held in December 2017, by bagging the gold medal again in 100meter race after clocking the timing of 12second. In the South Asian Rural Games held at Kathmandu in February 2018, Rekha won silver medal at an international competition after clocking 11.86 seconds in the 100meters race. She now aims to bring laurels for her country by winning the gold medal in the world rural games scheduled to take place in Thailand later this year. We all are proud of Rekha’s achievements and wish her good luck in her future endeavors. The KGBV of the backward block of Naugaun was established in the year 2005-06. Rekha Chauhan had been a student of this very institute. She comes from a very poor family, second in a family of five siblings, and her parents earn their living through farming. Rekha studied in Naugav’s primary school till standard fifth, after which she had to dropout due to adverse financial conditions. The principal of KGBV, Anudeshika, explained the importance of education to Rekha’s parents, and managed to get Rekha admitted to her school in 2008, allowing Rekha to resume her education from standard sixth. Along with academics, Rekha started actively participating in cultural and sport activities. She displayed a particular enthusiasm for sports. She started representing her school, village (nyay panchayat), block and even her district and always stood first or second in the events. She passed her Intermediate examinations in the year 2016-17. Rekha got an opportunity to participate, at the state level; in the 100m dash event at Ruler Games Federation held in Rohtak on 11th-12th November, 2017 and proved her mettle by winning the gold medal. Continuing on this streak, she participated in the Seventh National Ruler Games Federation, held from 29th to 31st December, 2017, and defeated all the opponents by finishing the 100m race in a mere 12 seconds. Rekha won laurels for her country by winning the silver medal at the South Asian Rural Games, held at Kathmandu (Nepal) between 16th and 18th February 2018, by completing the 100m race in just 11.86 seconds. Rekha’s next target is to win the gold medal at Thailand’s World Rural Games. We are all very proud of Rekha and her achievements and wish her the best of luck for her future endeavors. 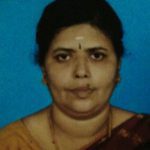 I am Jalaja kumari working as a Headmistress in GMS.Chittar (UDISE No. 33300700604).  Sree Vishnu karthik’s family was residing near our school and were very poor.  Even then they send their elder son Sree Vishnu Karthick to “Bharath Primary School” at Pechipparai.  He was studying in II Std.  Since they were unable to pay the monthly fees in the school, so he stopped going to school and stayed at home.  He used to come to the shop nearby our school and one day I asked him why he was not going to school.  The boy replied that his parents were unable to pay the fees, so he stopped going to school. I informed this to the BRTEs who came for the survey.  Along with the BRTEs, I went to Sree Vishnu Karthick’s  home and talked to his parents.  His mother said,  “since we were not educated  we want our son to be educated in English medium school”. We told the parents that in GMS Chittar we follow English medium and advised them to enroll their child. They happily admitted their child in our school.  Now he is very happy and comes to school regularly.  Special coaching is being given through NRSTC centre.  Now he studies well.  His parents are also very happy because the boy studies well without paying any school fees and van fees. They also enrolled their younger son Vino Karthi in I Std. His parents frequently come to the school and enquire about their  children’s achievement. 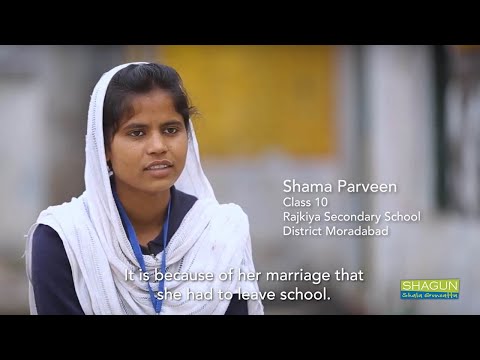 Programmes initiated by Kerala to improve the quality of Education (SSAC7129)

As Kerala has impressive achievements in a number of indicators, the State’s key challenges are in terms of attaining the second level of reforms in... 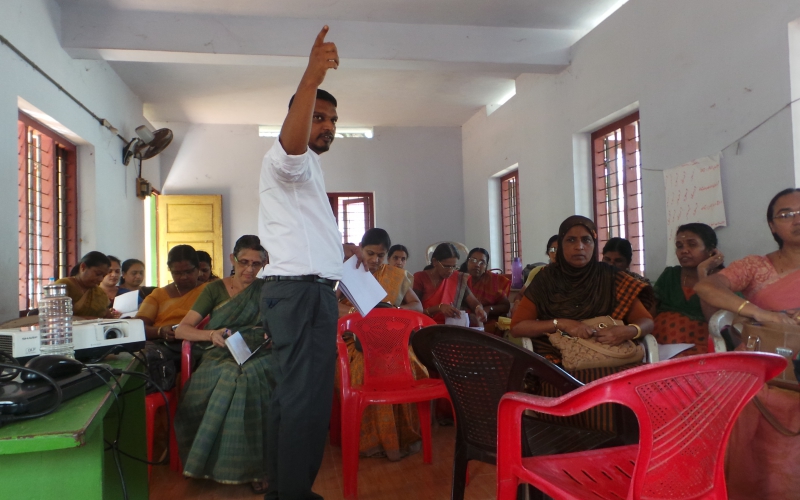 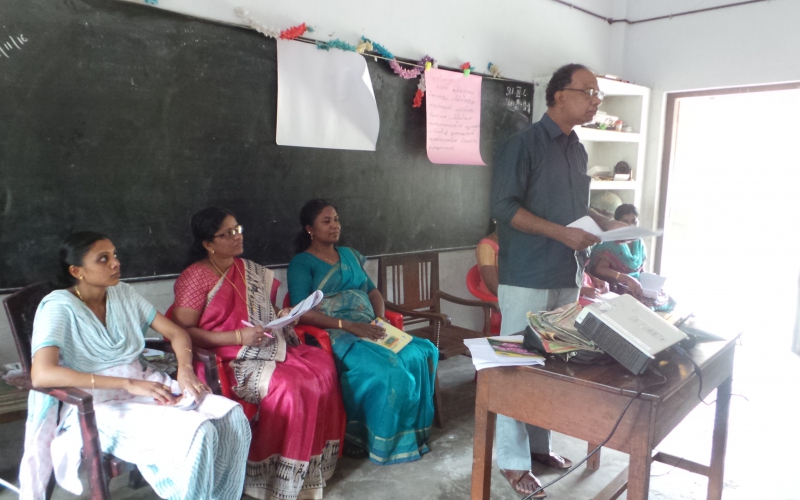 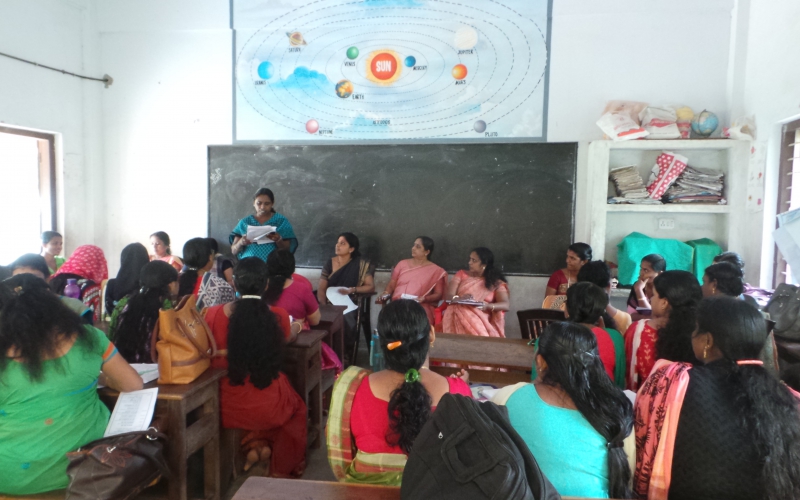 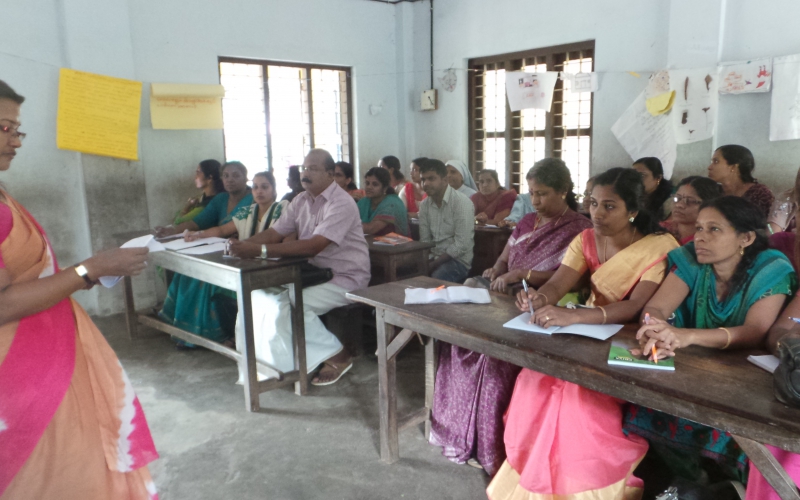