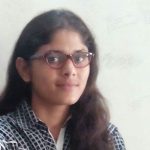 Ms. Manju Ghantiyal (OBC) came in KGBV Kakku in 2007-08. She lost her mother when she was in class IV, left her with no support at home. Her father, working in Jaisalmer, left her at paternal family with Aunt (father’s sister). She continued her studies in Government Upper Primary School Barsinghsar, but it was quite difficult for her. Her paternal uncle got to know about KGBV and proposed her admission with other family members. But it became an issue and lots of questions were raised. Here her grandmother supported her.

KGBV Kakku was turning point in my life. Away from my father – only parent, I devoted myself completely in studies. I used to be group leader in KGBV and participated in many school level activities. I also participated in district and zone level sport tournament. Once, I also scored second place in zone level ‘sulekh’ competition. I have always seen my mother in KGBV teachers, they inspired me. KGBV exposure visit in collage, interaction with Magistrate during farewell was those significant moment of the life which shaped my dream.

She desired to become doctor first time only when she was in KGBV. After passing out from class 8, she determined to continue her studies and joined senior secondary school of nearby gram panchayat, nearly 5-7 km far from her dhani (small habitation). Here hard work and determination paved way for her future. She took science biology and scored well in 10th board and in 12th board she scored 90%.
Pursuing her dream of becoming doctor, she prepared for Pre Medical Test (PMT) and cleared. Currently she is pursuing MBBS in RNT medical college, Udaipur Rajasthan and
in 3rd semester. She became the role model for other girls and another girl from KGBV Kakku, Ms. Sanju is preparing for PMT in Bikaner. 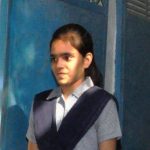 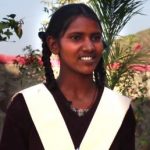